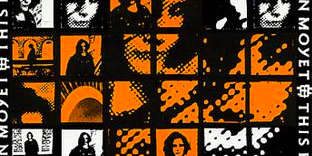 In early January I couldn’t stop listening to Alison Moyet’s song This House whenever I was in my kitchen. Over and over. Something in my body and my nervous system needed to hear it. It’s a weird one. While it was happening I knew that my body was looking for something and there was no point my brain getting in the way of it. You know I used to be embarrassed by listening to a song over and over, like it was idiocy. Now I know it is not idiocy. My current thinking is that it is helping regulate your nervous system or, as you might conclude from this story, it CONTAINS A CLUE, a clue you need.

That song scored the routine in a dance class I took once twenty-one years ago, when Broadway Dance Center was still on 57th Street. On my way in I listened to a message from a breathless judge’s clerk who wanted the parties for an oral argument and I still went into class. It was – as it is now – a period of unprecedented upheaval in my life. https://www.youtube.com/watch?v=Dy5aAQktE68

I had never heard this song before. The class was the 2:45 Latin Jazz, in the street-level studio, sparsely attended. This song is not Latin though. We danced in pairs which you know I guess can look sexy but mostly involves getting sweat on by men you’re not sexually attracted to. So conditions were not optimal. But the weight of the pain of Alison Moyet’s voice provided a pendulum, a heartbeat and the pulls and catches and falls – the choreography merged with the song and the intention of the teacher and the 2:45 turned into the most extraordinary thing, I can’t describe it, we were dancing with ghosts and pain and big swirling energy and we couldn’t stop, everyone craved it, we didn’t stop, over and over, the chorus, the bridge, the fall, the catch and the teacher who was mean and inarticulate was highly critical about our blocking.

Until the dancers and the dance and the song were really just one unconscious red living thing in a way that rarely makes it out of a rehearsal studio. And the hour and fifteen minute class did not stop at 4 and it didn’t stop at 4:15 when the 4:15 class was supposed to start, we weren’t done, none of us were done, the public private giant grieving was heroin.

Eventually the other class came in. My dance partner went outside with me and we smoked Marlboro Reds leaning against the brick wall and I remember trying to think of something to say, like right that’s my thing, I would know what to say but every time I opened my mouth, there was nothing that matched what had just happened so we finished our cigarettes much closer than lovers and he walked down the street and I went in to take another class.

So in early January my body needed to find that choreography and get back to that moment, my body needed to look at the crystal ball that’s made out of the past, there was something that she needed, so I let her find it, and felt stupid when my kids came in and bruised myself on the kitchen floor and I was just curious, just wondering why I had to do it. These days I definitely let my body do whatever it wants and eventually I catch on and I’ll tell you this honouring your impulses is instructive.

After a couple days and lots of sliding on the floor (I used to always have knee pads, not anymore) it became clear to me that my body was putting, as they say, a button on the scene of all my stupid suffering. It was locating it, and honouring it wordlessly and saying goodbye to it. It was moving away from the awful headachy pain of divorce, of failure, of uncertainty. It was moving away because I didn’t need it anymore, I didn’t need to hold the sadness so close, I could put it down, with a private ritual, with a few kitchen dancing bruises. But I could thank the sadness for being what it was, and I did, and since then there has been so much joy because my body cleared the sadness the way it needed to and I think that is actually what my body and (maybe) your body want, to put down the suffering.