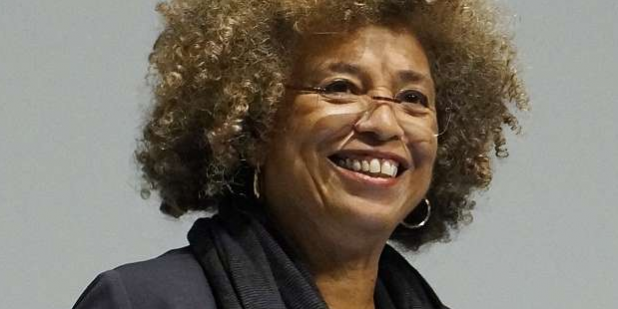 Once upon a time there was a 53-year-old American lady who was living one week in a charming coach house on her friend’s property and one week in her own house on Fendon Road, switching out on the occasion of lockdown divorce, and the unliveableness of being in the same house as someone who had stopped loving her.

In this carriage house she was revising and revising this play she had been writing for two and a half years. The play was called Recovering Misogynist and it was about how when the Harvey Weinstein stuff happened she had only felt sorry for Harvey Weinstein. She realized this showed something deeply fucked up going on inside her own fucking brain and that it required a lot of work and she did the work. This American lady had never been afraid of hard work. She wasn’t afraid when she was making rib cutlets of lamb seared in black and white sesame and served on a leek velouté for ten on New Years Eve in Washington, DC. She wasn’t afraid when she was working on the jury instructions for the Jones v. Clinton trial by the pool at the conference centre at the ABA national conference. She was made for work. But it was the kind of indirect emotional work that takes its toll.

But whatever. What she had found working on the play was how saturated the culture is in sexism – not only sexism, actual misogyny actual – maybe a better word is gender supremacy. Her play opens with Angela Davis – in a racist world you can’t just be non racist you have to be anti-racist. So then in a misogynist world you can’t just be non-misogynist, you have to be anti-misogynist. The playwright had become anti-misogynist, but it had required the delicate operation of turning on yourself, revealing her unconscious bias frequently. It was the right thing to do but it was no picnic. She saw casual misogyny everywhere. Her marriage had not survived.

One night in the carriage house the playwright was lonely  – she had been working so hard so alone for so long – so she decided to tune in to a night of new writing that the local writing group WriteOn was doing. And she was so hungry to be fed with words and the first piece was

and the thing was in this writer’s group the playwright had already dealt with just such classic casual misogyny in a previous play – a horrible scene telling the story of a woman who died by suicide by giving that voice to a man outside the bathroom knocking on the door, as if the man’s garrulous discomfort was more important than the thoughts of the woman inside the bathroom ending her own life. I mean who is the audience looking at? Whose view is important? The casual dismissal of the viewpoint of the woman was precipitous, terrifying, encompassing and evil. It had really pissed her off that such sexist writing was allowed but in this writer’s group, but when she had raised that point she had been profoundly SHUSHED because one mustn’t be impolite.

This had left her intensely wounded so it was with the fight of a wounded animal that she attacked the writer of the monologue on the zoom call in the coach house but instead of seeing a box with the man in his mid seventies who she presumed was the author, there was a box with a sweet beautiful young girl. And the playwright was enraged and saddened and exhausted thinking that a woman who chose to write would choose to write that.

But that beautiful young woman was just writing what was in the culture, what she knew, the way in, what depiction of women starts and ends with women? And one mustn’t be RUDE. This American lady playwright was rude daily in this culture with a politeness fetish so she wasn’t very sad about being rude but she was quite sad about being hurtful to the beautiful young woman.  Especially because the American lady knew she had a somewhat forceful personality and people in rural districts are so easily shamed. She was sorry this was the case. But she was also -when she ripped into the young woman- doing no more than yelping in her own real pain.

Then a few weeks later the playwright was on social media and someone – a poet – had posted about the cancelling of JK Rowling and the playwright said that she was sad to see this woman cancelled who had been so generous with her wealth and had stayed in the UK and paid her taxes and had given to charity and bought her best friend a house. The playwright hadn’t read her statement about trans people when she remarked on the poet’s post. Then she read it and it wasn’t great but she didn’t really change her position about the cancelling. Then the poet and their friends got very upset about the casual support that had been offered to this woman. They felt absolutely murdered by the support the playwright had offered. They yelped in their own real pain.

The playwright felt like she understood something of the poet’s pain and she understood Rowling’s concern and that for the world to move forward it must be possible to understand both. She understood the beautiful young woman writer and she understood herself and she was grateful for having the experience and sorry for the pain. The playwright didn’t think that the young writer, the playwright, Rowling and the poet had done anything wrong and that they were all in their way in a fight not with each other but with the very water in which they all swam.