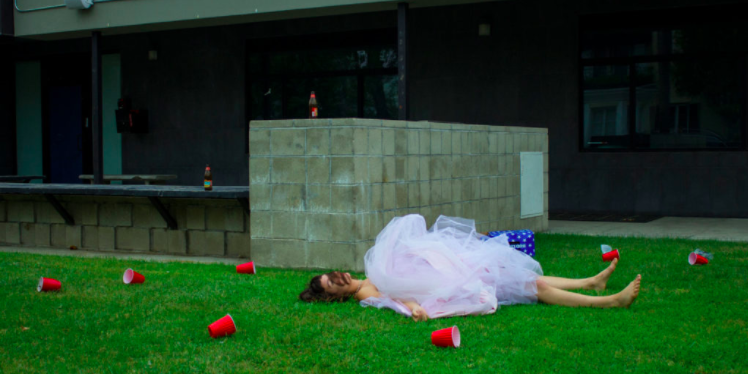 It is 1984 and I am 17 and the University of Richmond has flown me down to their campus from Corning, New York to be interviewed for a scholarship. I think I am very cool for flying by myself and smoke in the back of the plane.  My host student takes me to a frat party, a cute junior takes me to his bedroom, there is a wrestling match when I don’t want to do anything but kiss, he gets my jeans off and bites my inner thigh, hard. It leaves a green bruise I hide from my mother.

It is 1988 and I am 20. I have a grant from Oxford to attend a philosophy conference in Jerusalem about justice in punishment. The last night of the conference, an odious old man – the sole philosopher defending the death penalty – asks me to his hotel room at 9 pm to continue the discussion. I show up and he puts his tongue down my throat. He makes fun of me when I object and say that I thought we were going to discuss philosophy.

It is two months later and my philosophy tutor traps me against the door I was trying to use and sticks his tongue down my throat at our last tutorial. He had spent the previous nine months making me feel special and clever, always complimenting my essays. His male students would be leave his tutorials quite exhausted, worn from hard thinking. I knew I wasn’t smarter than them so I was jealous. They were getting an education.

It is 1992. Ten high school friends share two hotel rooms in Saratoga Springs NY, a drinking party reunion. One friend brings up creepy stuff bosses do. We agree we should have a speech ready so we all adopt one offered by Scooch: “I don’t know if I have done anything to make you feel that was appropriate, but it’s not.” We felt so progressive and brave perfecting our speeches and we all used them. But now in 2017 I look at the self-blame of the first sentence with squinty eyes.  The best we could hope for is to keep calm, not make a scene, exit before rape and keep working.

It is 1996. After a night of hard drinking with friends, I wake up in the early hours to a man (a man I was undoubtedly flirting with) having sex with me. I have no idea where I am. I have to get an abortion.

It is 1997.  I am at Skadden, Arps, I am a lawyer.  I am trying to explain to a group of male colleagues the additional challenges of being a female litigator – the choices of what you wear, the minefield of makeup, shoes, stockings. One partner scribbles a note and puts it in my jacket pocket. “This is the only thing men are thinking about when they are working with you.” I open the note later. It says: I’d like to fuck her. Every single one of my fellow female litigation associates are systematically removed from the department over my eight years there. My male colleagues play tennis with the partners and are promoted.  I think of the departed females – including myself – in derogatory terms: crazy, difficult, resentful. I blame myself in deep, anxiety-producing self-loathing ways.

It is twenty years later. The Harvey Weinstein allegations are all over the news. I am not surprised. I think – what did those girls expect going to his hotel room? The wheedling, the coercive tactics, the vulnerability of the open bath robe and the begging for massages. I can hardly believe it is a crime. It is a part of life.  I feel sorry for him being stripped of his Academy Awards.  It seems the height of hypocrisy. Of course this happens.

I read and read what people are saying. Lucy Prebble, Sophie Dix, Colin Firth, Emma Thompson and my head is heavy with a kind of exhaustion as I see people outraged at the normal of my life.

My instincts are wrong. My very psyche is shaped by a devaluation of my gender, a deference to the male and an acceptance of unequal standards. I am old-fashioned. My daughter needs better. I rethink the incidents above without blaming myself. My body feels like I am getting over a fever, or like I have had a very long cry.  I am grateful for a world that is kinder and wiser than I am.