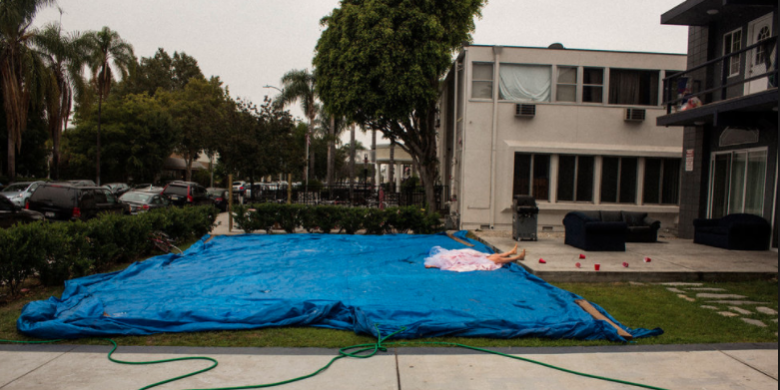 Having concluded in my last post that I was, in the words of Lucy Prebbles, less of a feminist and more of a recovering misogynist, I am having some very odd days of #MeToo. For me this is groundbreaking. I think other people might feel that way too. We are all moving forward, we are talking to each other, we are trusting and supporting each other. My female Facebook friends feel more like a sisterhood than ever.

I am a real dork for putting this on my website, right, people all told me to seem as young and beautiful as possible in order to make it as a playwright, and instead I am outing myself as Debette Goldrey – the old actress Kate MacKinnon plays on SNL (“ We had a secret code among us actresses to warn each other about creeps. The code was, ‘He raped me.’”)

Here’s the thing – I don’t really care about the assault. Right now. I mean, it probably had some kind of physiological effect – like grief and other kinds of trauma, it does go into your body.  Sure. And in these days my body has had echoes of great terrors.  I remember incidents that didn’t make it into the post – starting age 11.

But that is not what is occupying my mind. What is really burning my brisket is the educational and career opportunities that were closed to me. I am remembering being the lone female philosophy TA at Wheaton College and when Wheaton hosted a Philosophy Conference on Kant, I was asked to organize refreshments while the male TAs participated in the conference. The male professors entertained the male speakers who arrived on campus, I was assigned – as a senior – entertaining the lone female speaker – a tenured U of Chicago phil professor! In my dorm! What the hell was that? She helped me carry the cookies I spent ALL NIGHT MAKING to Chapman. And then by the way, she gave the best talk of the conference and I asked the best question.  We were the most impressive scullery maids!

I remember clerking for Judge Gagliardi  – a federal trial judge in NY – and asking the attorney for the government about the jury instruction in a race hate case and being told in a loud voice, “I AM MARRIED!”. Jeez. I just wanted to talk about the case.  When I told him that, he said he didn’t believe me. I mean what a douchebag.

The worst of it though is realizing how much this has polluted my consciousness. I re-live how every male rejection of me in any context has gone straight to my very soul to deliver a stunning missive of my own worthlessness. I exist to jump through their hoops! My failure is my failure only, my terrible failure. It’s not the assault on my body that bothers me as much as the assault on my own relationship with myself.

The philosophy professor at Exeter College, Oxford is still listed as emeritus professor. Should I say something?

I feel like I am less interested in retribution for past wrong than in paying attention to the tumour I am taking out and the collective tumour we seem to be  excising together.

There are other kinds of assaults. We do not only face assaults from predatory men -the physical kind is just the tip of the iceberg –we face assaults from ourselves, we accept the cultural assaults that limit us – you can’t have a serious part-time job, for instance.  You can’t have control over your body. We won’t help you with that. The assault of consumerism over our senses and our priorities. The assault of corporate interests in our democracy. Here’s the thing – now that I have realized that I can’t trust my instincts, I am auditing them all for these hidden biases. I don’t really know what I am doing. I am making it up as I go along. That feels ok though. I am looking around.